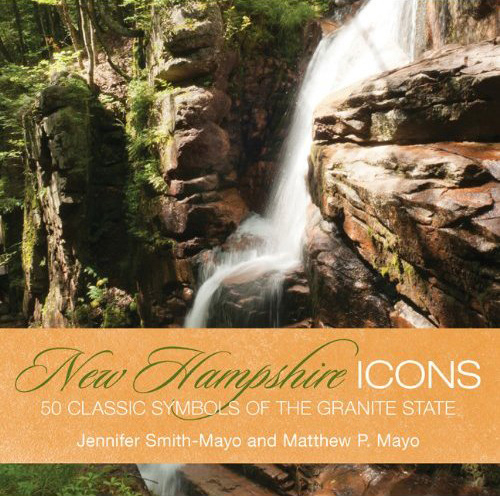 Did you know that New Hampshire has the shortest coastline of any state (18 miles)? That New Hampshire is home of the first publicly funded library in the world? That Mt. Washington is officially the home of the world’s worst weather? That the first potato planted in the US was in Londonderry in 1719? That Wolfeboro is the oldest summer resort in America? That Portsmouth Naval Shipyard is actually in the state of Maine?

New Hampshire Icons illustrates fifty quintessential symbols that make the Granite State so singularly fascinating, revealing little-known facts, longtime secrets, and historical legends. Readers will be delighted by the hundreds of full-color-photographs of the people, places, events, foods, animals, and traditions that make New Hampshire the state that it is. From frost heaves to Robert Frost, from Stonyfield Yogurt to the NH State House, from Mt. Washington to Mt. Monadnock, New Hampshire Icons offers up the inside story about the very things that help give this state its unique character.