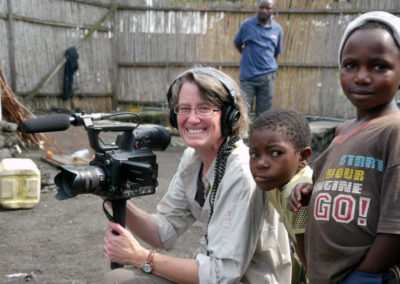 Jennifer Smith-Mayo is an award-winning freelance photographer, videographer, multimedia artist, and instructor. She has photographed books, calendars, magazine and newspaper articles, and her work has been selected for a variety of juried exhibitions. Jennifer has also worked as a field producer/videographer on two Telly Award-winning documentaries.

Jennifer is pursuing her Ph.D. in Ecology and Environmental Studies (EES), with a focus on environmental communication, at the University of Maine in Orono, Maine. She is also an adjunct instructor for the University of Maine and has taught digital photography workshops for Senior College at the Hutchinson Center in Belfast, Maine. She has served as a speaker, guest lecturer, and faculty member for various university classes, seminars, workshops, and conferences. Jennifer is also a former instructor for the Salt Institute for Documentary Studies in Portland, Maine.

The Mayos, their super scout pup, Tess, and secret-agent Guy, make up Team Gritty and run Gritty Press (GrittyPress.com). In 2013, the Mayos sold their home and most of their belongings, bought an RV, and hit the trail. Although currently headquartered in the deep woods of Maine, Team Gritty continues to rove North America in search of high adventure, hot coffee, and tasty whisky! Follow their latest adventures at their blog, Trail Dust.

Dear Pope Francis: Children of the World Bring Their Questions to Rome, The IN Network [Field Producer, Editor]

Tomorrowland and Mad Max: Fury Road – The INNdustry with Sister Rose, The IN Network [Editor]

Pre-Prans with Ruthie – White Sangria, The IN Network [Editor]

Pre-Prans with Ruthie – No-Oil Pesto, The IN Network [Editor]

Pre-Prans with Ruthie – Vodka Lime, The IN Network [Editor]

A Visit to the Garden Project, short documentary, 2010, Downeast.com [Camera/Editor]